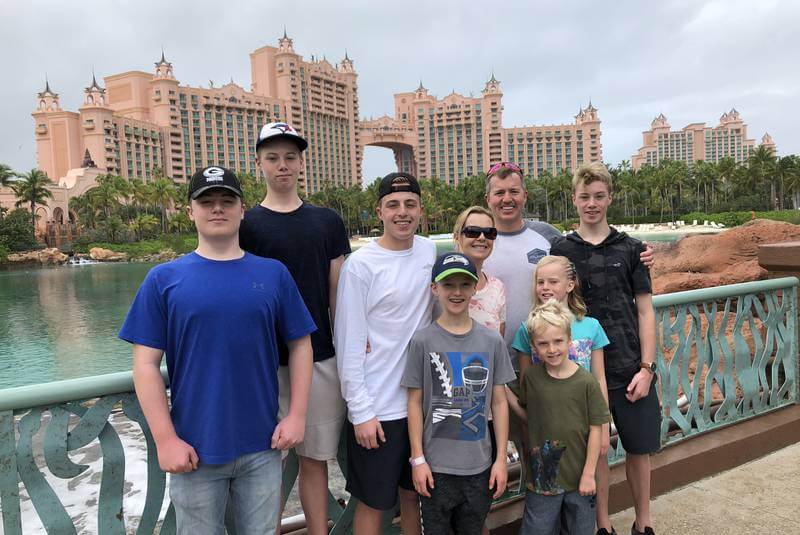 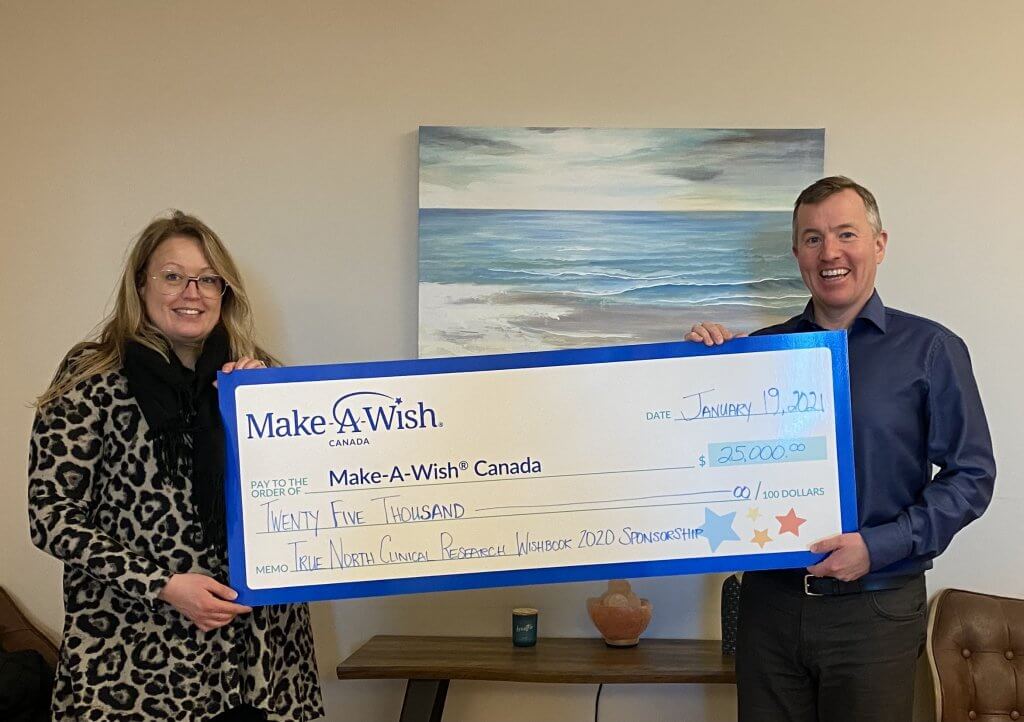 PORT WILLIAMS, N.S. —   An Annapolis Valley family that was touched by Make-A-Wish has paid forward the support that was shown to them – in what turned out to be a big way. True North Clinical Research medical director Mark Johnston said his son, Ewan Johnston, was diagnosed with metastatic cancer three years ago on Dec. 21. Ewan was 15 years old at the time. The Port Williams resident said his son’s diagnosis would have been fatal five years earlier, but fortunately, he received some cutting-edge therapy and Ewan won his battle. He’s now been cancer-free for two-and-a-half years. Johnston said he knew a little about the Children’s Wish Foundation (which has since amalgamated with and is now known as Make-A-Wish Canada) at the time of his son’s diagnosis but he wasn’t intimately familiar with the charitable organization. That would soon change. In December 2018, a year to the day after Ewan was diagnosed, his wish of a family vacation to Atlantis in the Bahamas was granted. Johnston said everything had been a fight and a battle up to that point but having Ewan’s wish granted represented a huge relief.“It was a big weight off our shoulders to be reminded that people care,” Johnston said. This year, Johnston said he and his wife decided to use their company, True North Clinical Research, to help raise funds for Make-A-Wish.“I was actually talking to a friend that is involved with them and he explained to me that it’s even tougher this year for Make-A-Wish because the cost of wishes has gone up quite a bit. It’s gone up about 25 percent,” Johnston said. Travel wishes can’t be granted in the era of the COVID-19 pandemic and, somewhat surprisingly, travel wishes don’t cost as much as others to grant because of deals given by travel providers to Make-A-Wish. Johnston pointed out that kids don’t get to decide when they get sick and many can’t wait until the pandemic is over. Through True North, they challenged the public through the Breeze 96.5 FM radiothon, the Christmas Wish Book Campaign, to match their $25,000 contribution. And match it the public did, more than twice over. Make-A-Wish regional vice-president Cheryl Matthews said on Dec. 22 that the campaign had raised $76,500 to date, 153 percent of the goal. Based on the past, Johnston said he expected that another $10,000 would be raised. However, thanks to the generosity of Nova Scotians, that expectation was blown out of the water. Considering the negative economic impacts of the pandemic, Johnston admits he is rather “shocked” by the campaign’s success. Although he doesn’t really know why it was so successful this year, he said it’s great that it was. In spite of all the challenges that have faced Nova Scotians, they continue to rally around good causes. He doesn’t think the success was because of the contribution from True North but Johnston does believe it was important to help facilitate the fundraising efforts by issuing a challenge to the public through the radiothon.“I think that when you give people the opportunity to do good things, they will. Sometimes it’s just a matter of creating that space for them to do good things,” Johnston said. Matthews said Make-A-Wish Canada is very thankful for the support of Johnston and True North Clinical Research. The matching gift of $25,000 to the Christmas Wish Book Campaign has helped leverage triple that amount so far. She said this would help “wish it forward” to many more wish children like Johnston’s son, Ewan.“Make-A-Wish was thrilled to grant Ewan’s wish back in December 2018 to create lasting memories of his wish trip to Atlantis, Bahamas,” Matthews said.